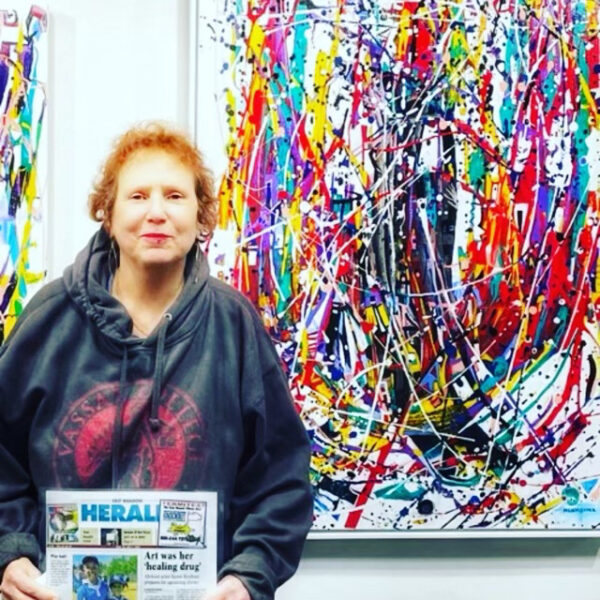 Critics have said Karen’s art is original, complex, exciting and beautiful; that she does not accept the status quo, and that even though she has complete control over her technique, she keeps challenging herself with new possibilities. “If you seek power in a painting, you will find it in Kirshner.” Karen L. Kirshner, is a national award-winning artist. She grew up in a creative household, exposed to art at a young age with artist mother, Betty B. Kirshner, bringing her own visions to life and urging Karen to pursue art. Early on, Karen received awards for her intricate pen & ink compositions and had her first solo show through her high school cultural arts gifted program. She was soon showing with her mother in Greenwich Village, NYC. Karen studied at the Art Students League of New York. with accomplished artists, including Marshall Glasier, who said that there was “no limit to what Karen can accomplish in art.” Karen has a BA from Vassar College, where she minored in studio art. She spent time in England in a graduate art program and earned an MS and MBA with distinction. Karen is a member of many prestigious associations, including, but not limited to, the highly respected BJ Spoke Gallery in Huntington, NY, as well as the National Art League, Artists Alliance of East Hampton, National League of American Pen Women, the New York Society of Women Artists, Women in the Arts Foundation, and the National Association of Women Artists. Her paintings have appeared online and in catalogues and newspapers, and she has been the featured artist of the week and the Artist to Watch. Her paintings have been featured by online galleries and competitions. Karen has shown at numerous brick & mortar galleries, and her work is in private collections here and abroad. Karen’s work is on Artsy, and other sites, including Sunflower Fine Art Galleries in Garden City South, NY.

To read further about Karen and her work, see this article in Newsday Online: